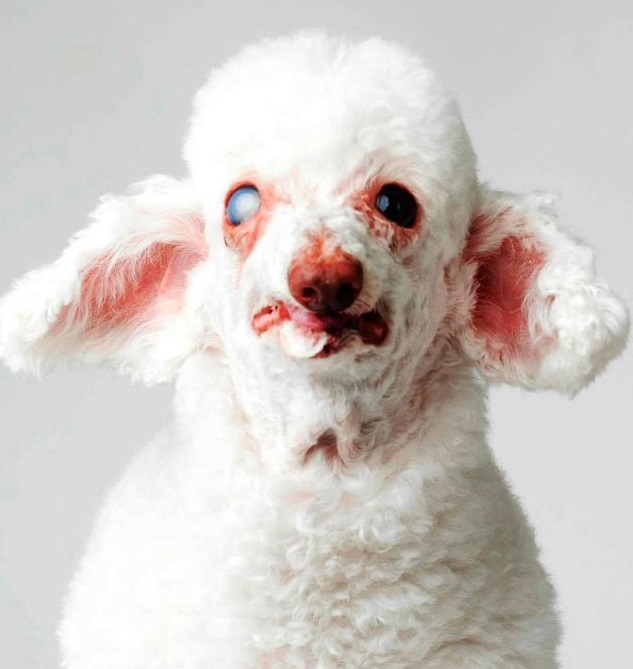 Wilma was one of 93 animals saved from a horrific puppy mill in February 2010 thanks to former KHOU reporter Brad Woodard’s original investigation.  Once inside, the officers found 87 canines and six kittens living in severe filth.  All Animals were kept in dismal conditions and suffered from neglect. Wilma and the other animals were brought to the Houston Humane Society’s Wellness Clinic.

Wilma recovered and became the Executive, Executive Director. Her duties included overseeing the staff at HHS, attending board meetings, and greeting visitors at the shelter.  She also enjoyed visiting local schools and community groups to help educate people about the perils of puppy mills.

Wilma’s peaceful passing was January 31st, 2020 and her picture hangs in our hallway. 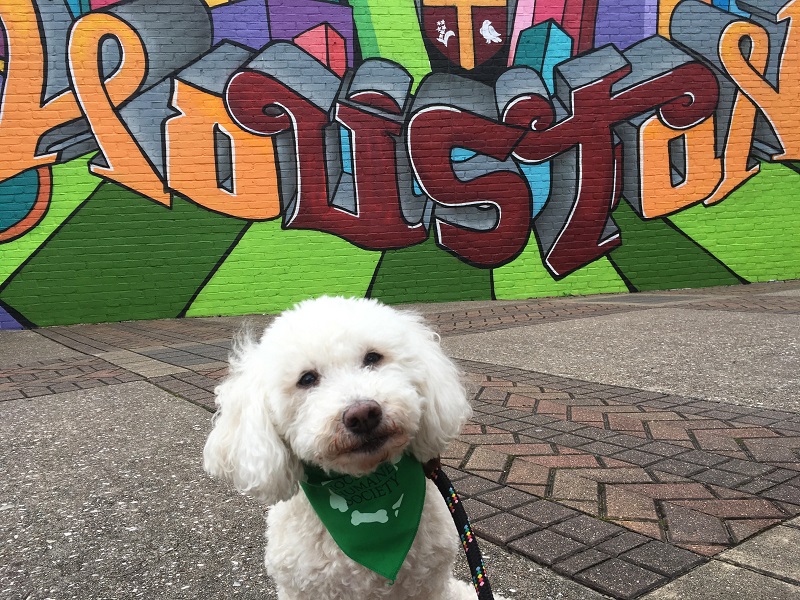 Lizzie came to us in 2016 by her owner who said that Lizzie was too filthy to touch and not worth spending money on. Our vets quickly took her in as they noticed she had a severe wound on her right foot that went weeks untreated. Lizzie was matted, stinky and in pain, but we knew she was worth saving. The vets said they would need to amputate her leg but that she would recover well. Lizzie happily roams our Admin halls, welcoming our guests and summer camp kids. She likes to take naps on our staff chair while they work on the computer and begs for some of their lunch. 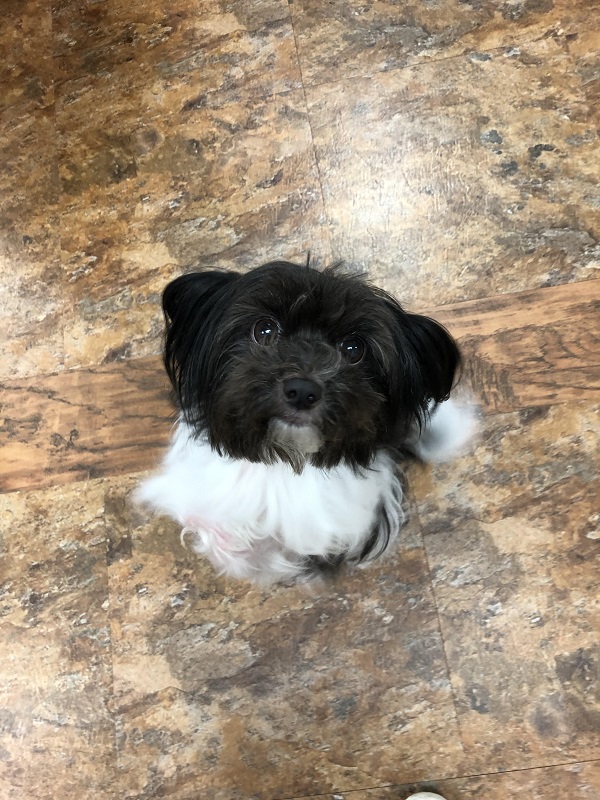 Roo
Little sweet Roo was born without her front legs and thus not wanted by her owners. As Roo grew up she learned how to balance herself and walk without her two legs. She moves around like a caterpillar through our admin building and greats all the Companion Camp kids with lots of kisses and happy tail wags. She and Lizzie are best friends and Roo lives a great life although her owners didn’t think she could. 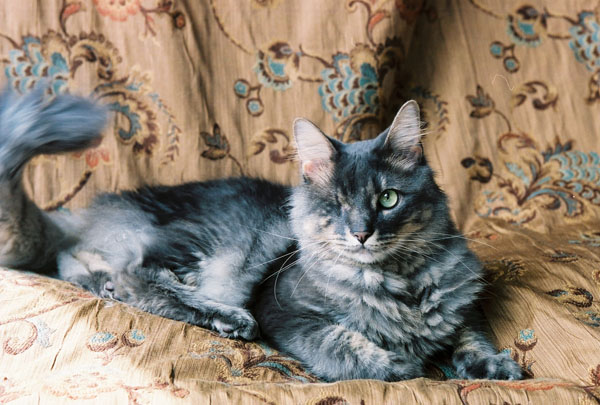 In 2002, Pirate was a tiny baby kitten when he was brought to our Wellness Clinic. His owners said he had been attacked by their dog days earlier and his right eyeball was detached. The owners no longer wanted him so we took him in, removed his eye and named him Pirate. He is our “tough kitty” and is as sweet as can be. 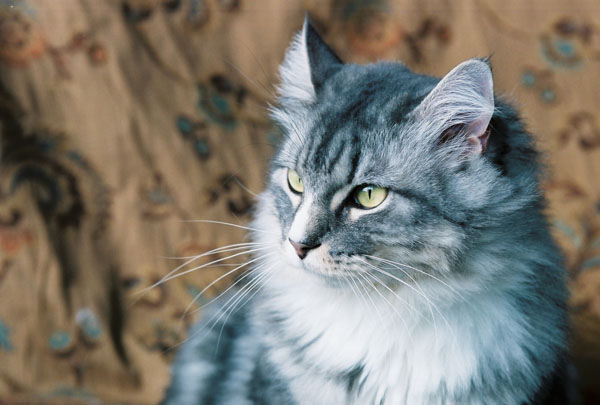 Zach
Zach was brought into our Animal Wellness Clinic after being hit by a car. The laceration to his back leg caused a massive infection and the leg had to be amputated. His owners declined treatment and, instead, signed him over to the Houston Humane Society. Our veterinary team immediately set to work and Zach quickly learned how to move just as fast on three legs as on four. He now spends his days following in Pirate’s foot-steps, which usually means hourly naps on the copy machine and checking out everyone coming into the HHS Annex.

Genie
Since 2015 Genie has been part of our Houston Humane Society team. He enjoys supervising our staff downstairs with his one eye and loves to spend time on the shelves and laying down on our dog workout machine that is close to the window.

On Christmas Eve 2019, Choppy was found in a garage with 67 rabbits in dirty cages overflowing with feces with little food and water. All rabbits were severely malnourished, infested with fleas, ear mites, some suffered from hair loss and possible mange. Choppy for some reason had his ears cut off. All rabbits recovered at the Houston Humane Society and were adopted or sent to rescue organizations.

Choppy stayed with us and educates the community and kids about animal welfare issues. He loves getting pets, hopping around and eating veggie treats. 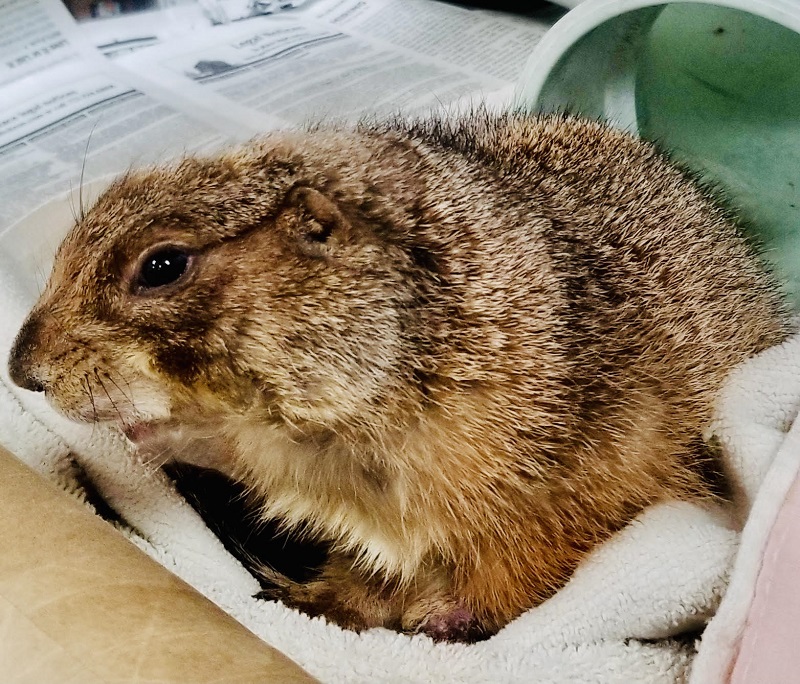 P-dog
Our beloved mascot Prairie Dog aka P-Dog arrived to the Houston Humane Society in May 2015 after being rescued from a cruelty situation. She was soon deemed a mascot of the Houston Humane Society to help educate others on animal cruelty.
She enjoyed her time burrowing in her bed or in staff’s hair and lap. She was part of our HHS family and often loved to roam around the hallways inside her special work out ball visiting people in their offices. 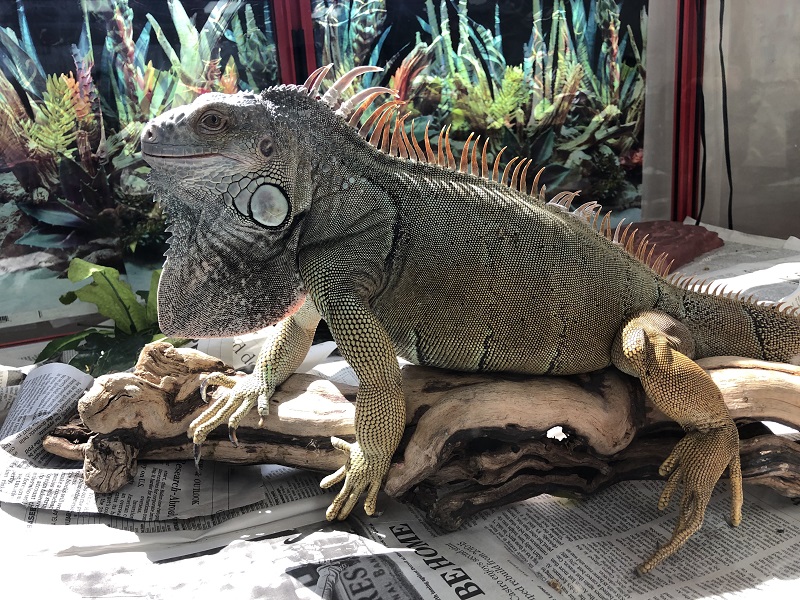 On Halloween night 2019, the Fort Bend County Constable's Office Precinct 3 rescued its’ first Iguana. Iggy was abandoned on top of a mailbox left to freeze in that cold night. He quickly saw one of our Vets and now lives comfortably in his warm set-up at the Houston Humane Society.  He enjoys life munching on insects and working as our Iguana Mascot.

Princess and Apples
Our most recently acquired mascots are two little pigs that won’t stay little for long! Princess and Apples were part of a hoarding case and their moms were brought to the Houston Humane Society. These sweet little pigs were born at the Houston Humane Society’s farm animal area in June 2020 and enjoy entertaining our campers and making staff laugh.

Ike
This cute and sweet little bird was blown in September 2008 when hurricane Ike hit Houston, thus his name. He enjoys his time downstairs in our adoption area saying hello to our customers and reminding our small dogs and puppies that he is boss. 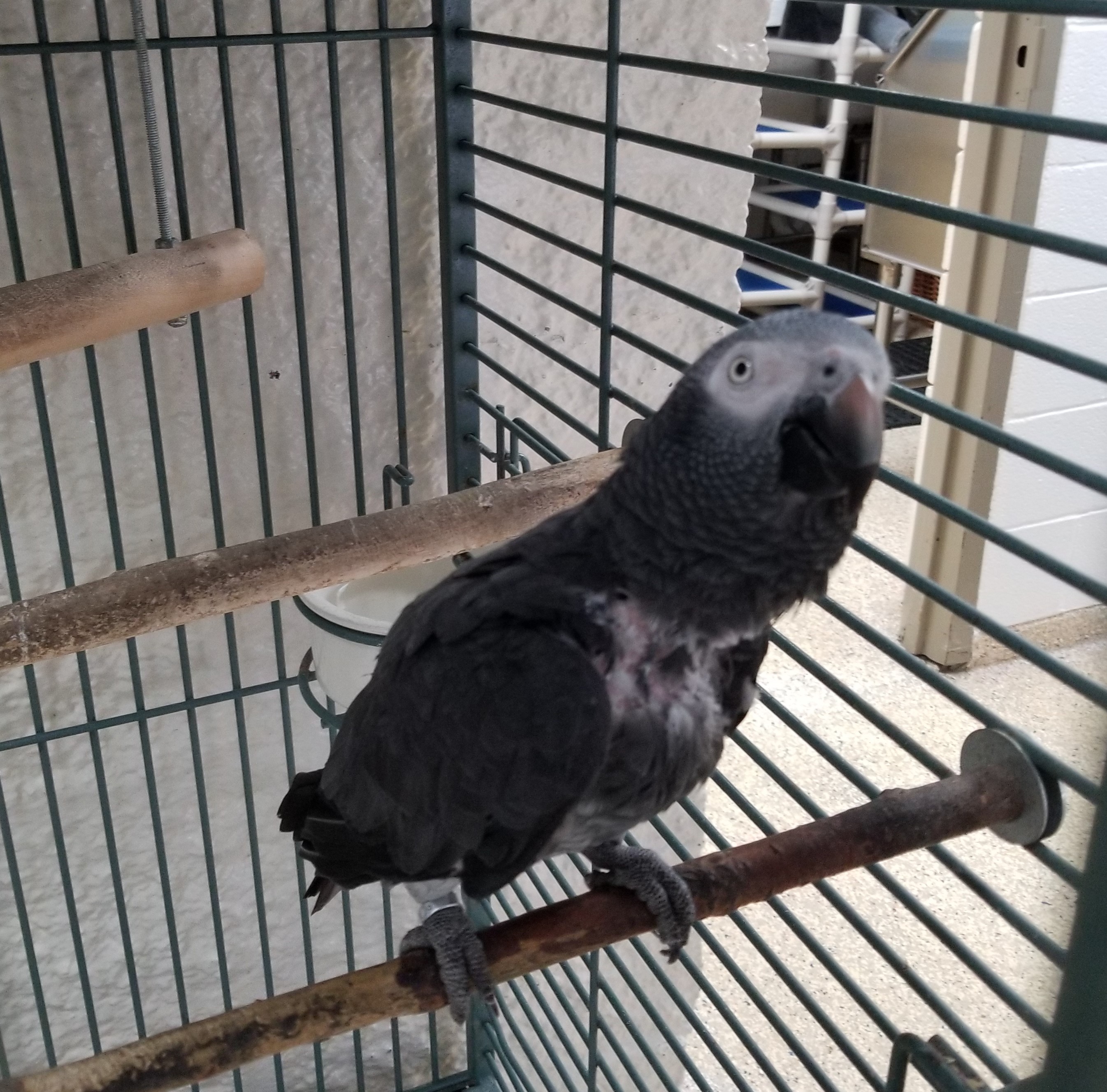