On Friday, December 23rd, Mary Warwick, Director of Wildlife at Houston Humane Society: Texas Wildlife Rehabilitation Coalition went down to investigate Waugh Drive Bridge's bat colony after becoming increasingly concerned with how the colony would fare during the hard freeze Houston would experience through the next week. 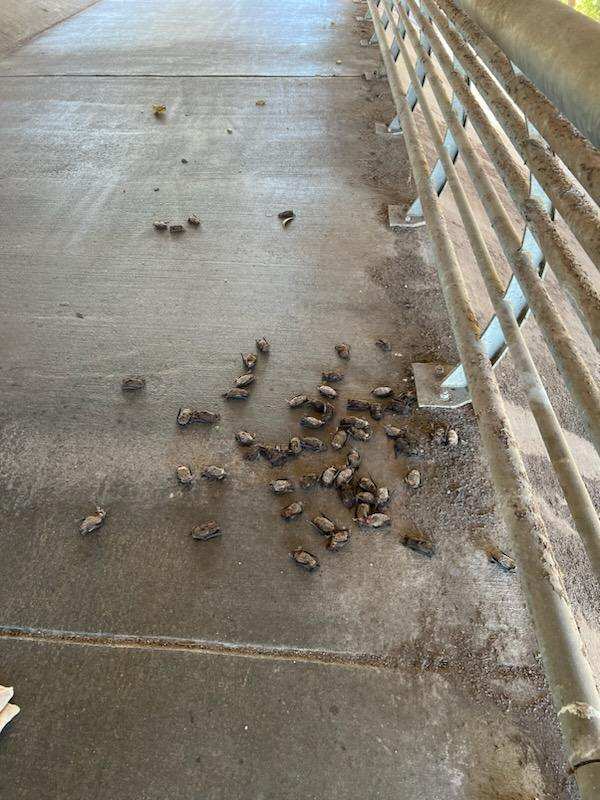 Upon her first visit, 138 cold stunned bats were found under the bridge, having dropped due to the hypothermic shock. Mary witnessed people passing by the poor animals, not knowing what they were, much less how to save them. She immediately began to safely gather the bats to bring them home for rehabilitation efforts. 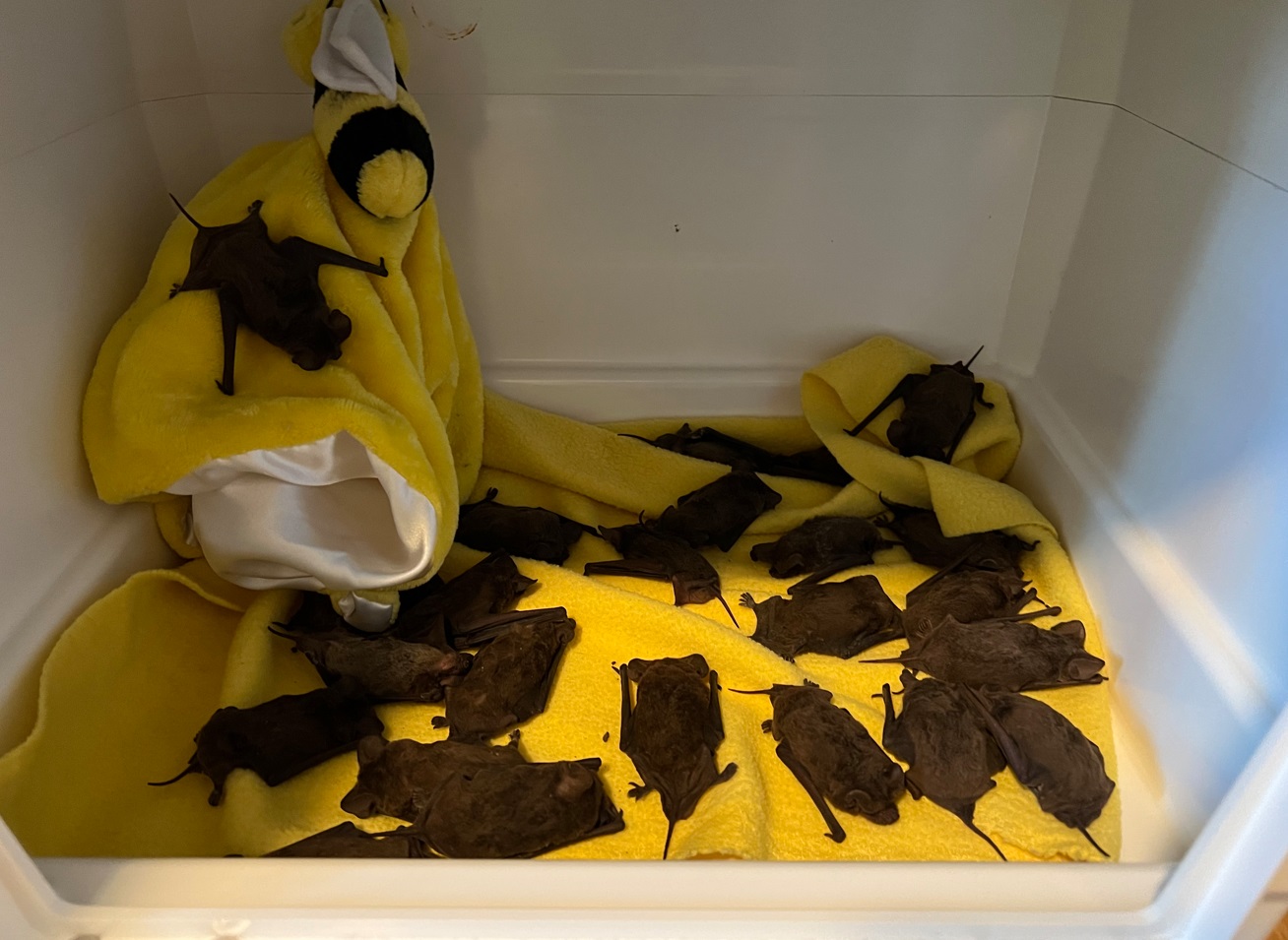 She knew this would only be the first round of rescues, as temps were expected to drop further and more bats would need HHS: TWRC's help. Warwick even began to frequent other bat hotspots in Houston such as Pearland's Frite bridge colony. All in all, over the holidays, HHS:TWRC rehabilitated 1600 bats. Providing feedings, incubation, and general wellness care with the goal to release them once the weather would permit. Mary also spent hours speaking with local media to help educate Houstonian's on how to get frozen bats to rehabilitation care. 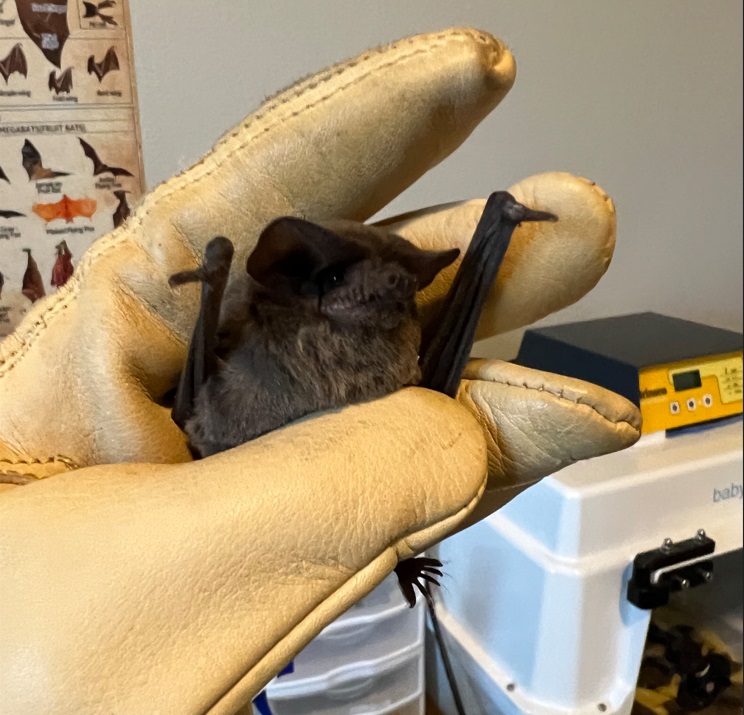 Weather soon did permit for their release on Wednesday, December 28th. 150+ Houstonians gathered around Waugh bridge to watch the magnificent creatures return to their habitat and celebrate the rehabilitation efforts of HHS: TWRC. 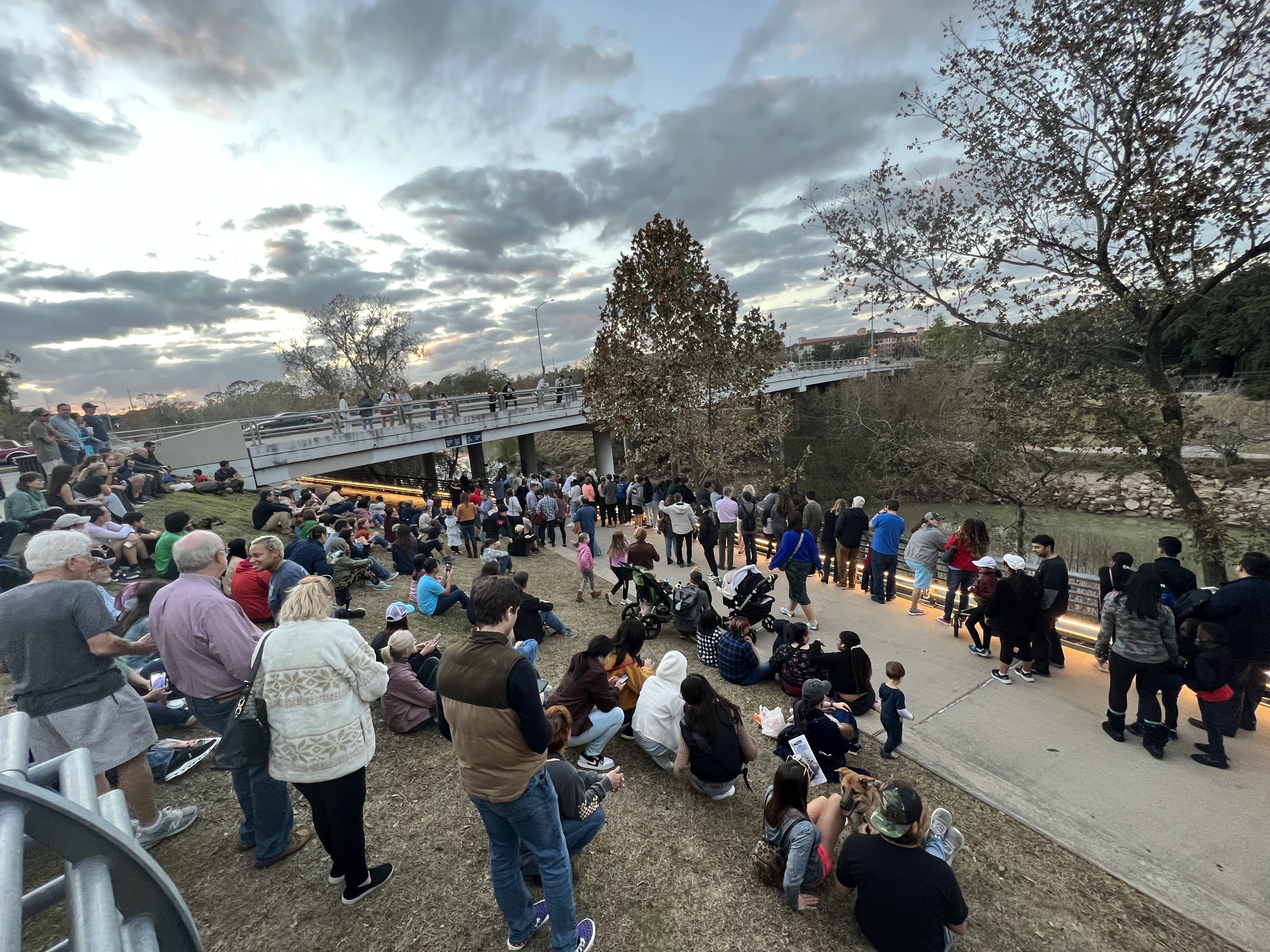 Thanks to HHS TWRC, and especially Mary Warwick's efforts, the bat colony is thriving through the ups and downs of the unpredictable, and at times unfriendly, Texas weather. 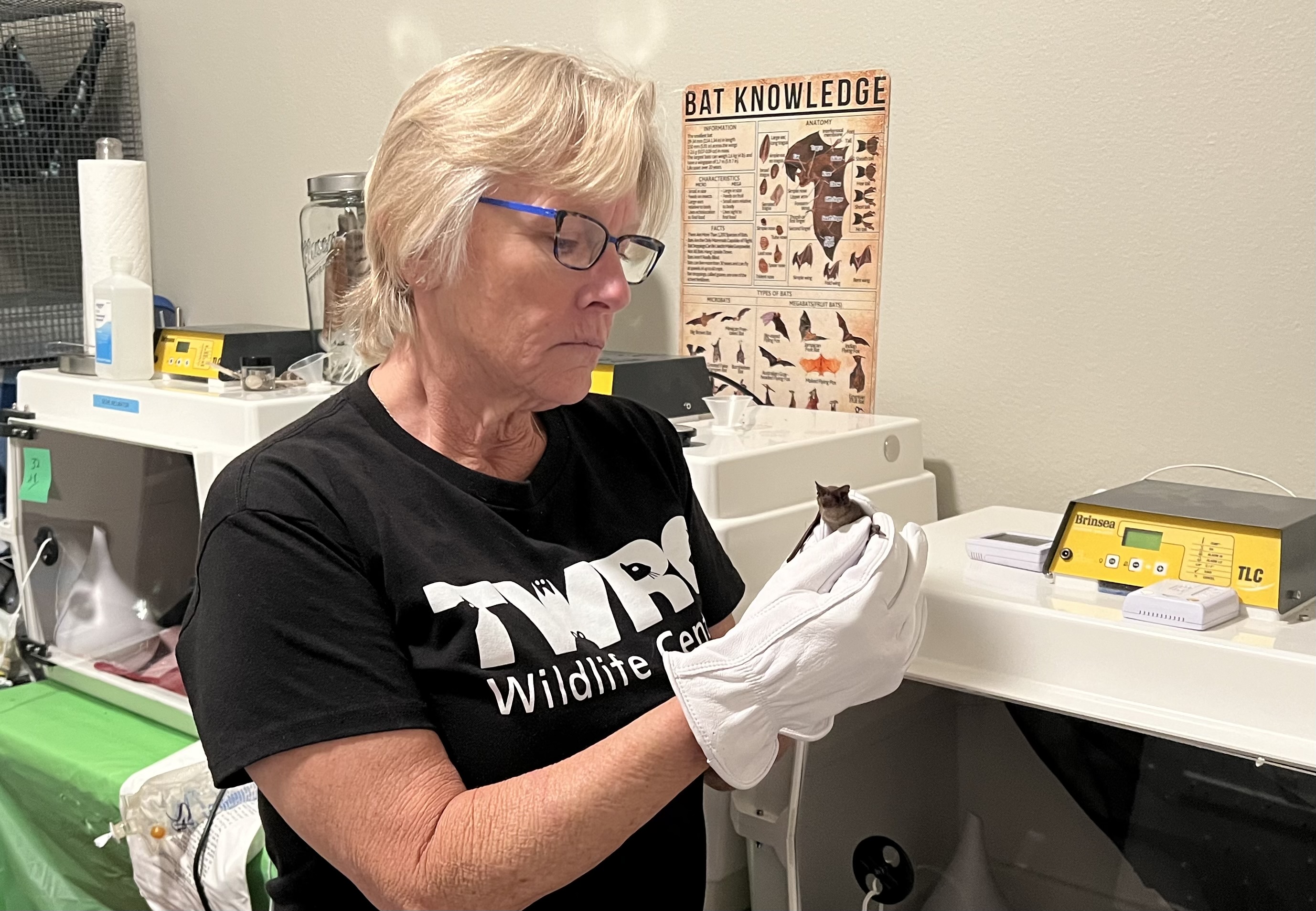 To help TWRC further their wildlife rescue efforts, please consider donating to the "Invest In Our Nest" Fund, going towards providing the Non-Profit with a permanent home to save even the littlest lives. 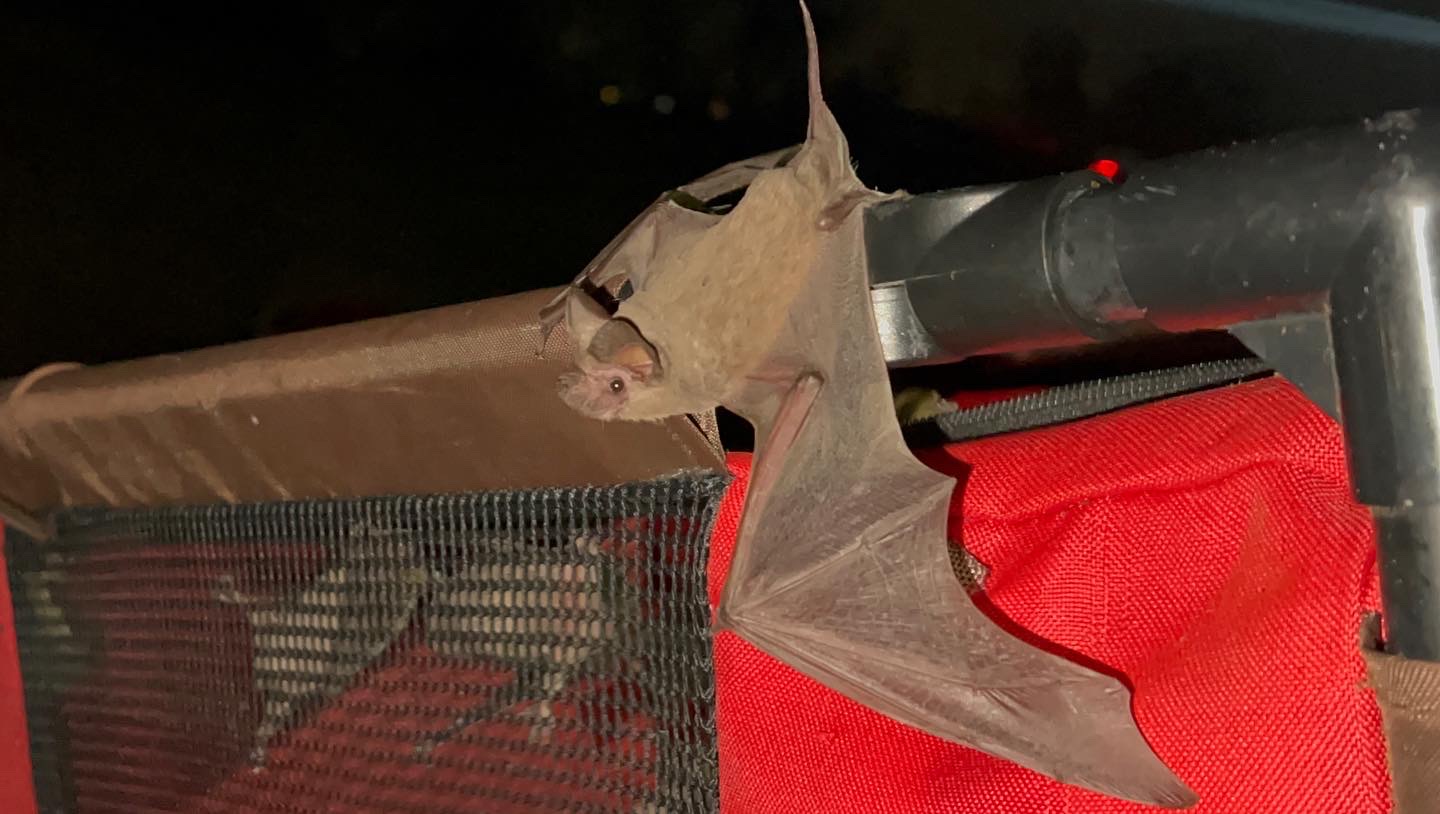 HHS in the News HHS Blog