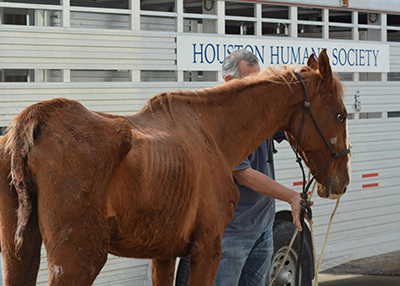 On January 9, Bob was transferred to Bluebonnet Equine Humane Society in College Station where he will continue to get the medical attention and care he needs to make a full recovery.

On December 15, custody of Bob was granted to the Houston Humane Society by a judge.  Bob has a very long road to recovery ahead of him.  He’s under veterinary care at HHS.  As evidenced by the photos, he is several hundreds of pounds underweight.  Our medical team has been helping him battle colic, as well as treating him for a multitude of other issues, all due to the severe neglect he suffered at the hands of his previous owner.

On December 10, the Houston Humane Society Animal Cruelty Investigation Team rescued a horse abandoned at the end of a street on the North East side of Houston.  The horse, named Bob, was tied to a discarded trailer and left to die.  The lead he was tied with allowed no access to food or water.  Several hundred pounds under weight, and with injuries all over his body, including his tail, Bob has months of recovery ahead of him.  Thanks to our team, Bob is at the Houston Humane Society getting the care he needs. 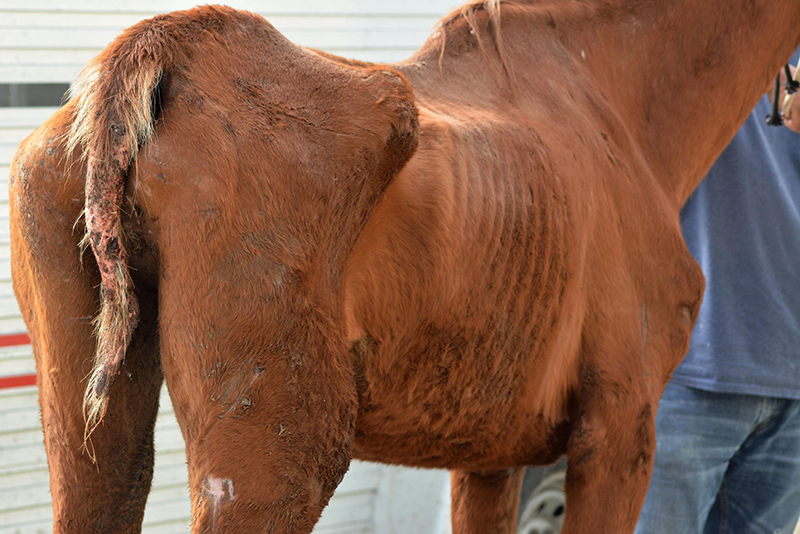 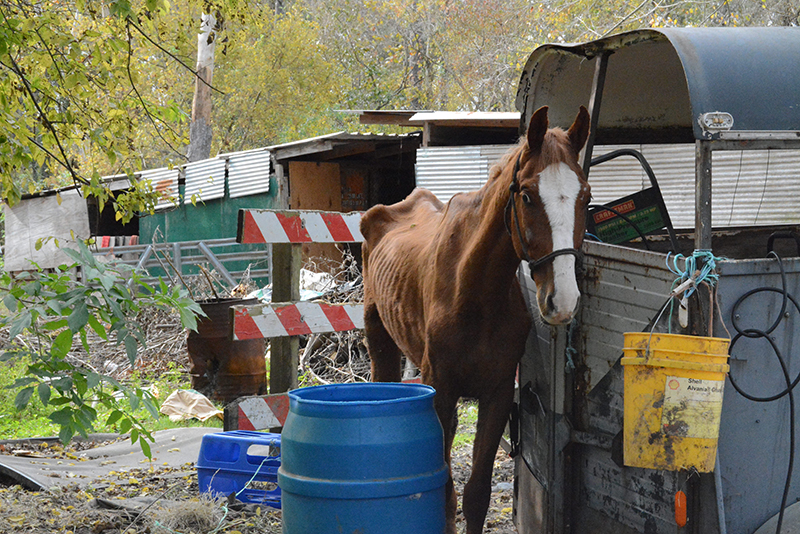 Houston Humane Society is a 501(c)3 non-profit organization and all contributions are tax deductible.  Tax EIN 74-1340341

Check out our Online Pharmacy