We adopted  Darth Vader (Formerly Augustino) and Princess Leia last January. Originally we adopted Princess Leia, but when I went in to get her, I kept being drawn to this older cat, who was kinda grouchy in the cat condos, he was a large cat, who kinda kept to himself. Well he apparently chose me. After the cats got home Princess Leia took to her new home fairly quickly and Vader stayed under the bed for a more than a week. I hand fed him and brought him continuous water until he was comfortable enough to come out. Both cats are so incredibly spoiled now that they even get to sleep in the bed with us, though Leia prefers to spread out in a recliner. Since coming home, they have welcomed another cat a little brother named George that we rescued from a couple who unexpectedly had kittens they were planning to take to a shelter. Here's the most spoiled cats ever. 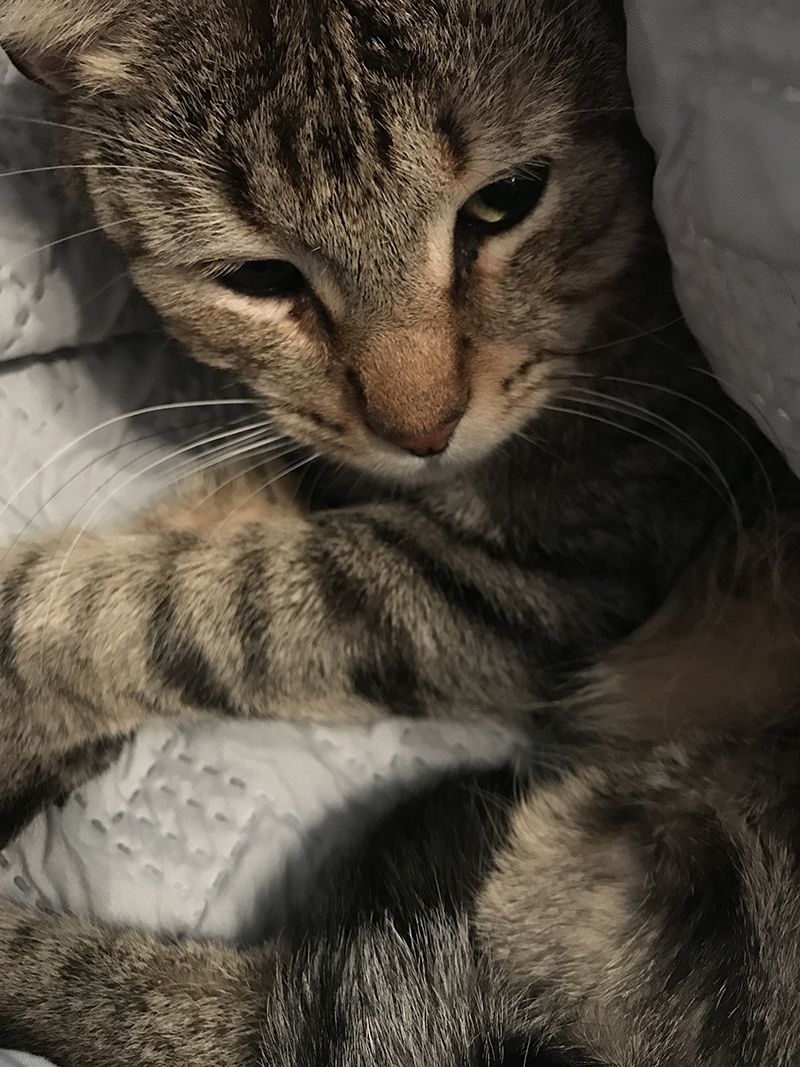 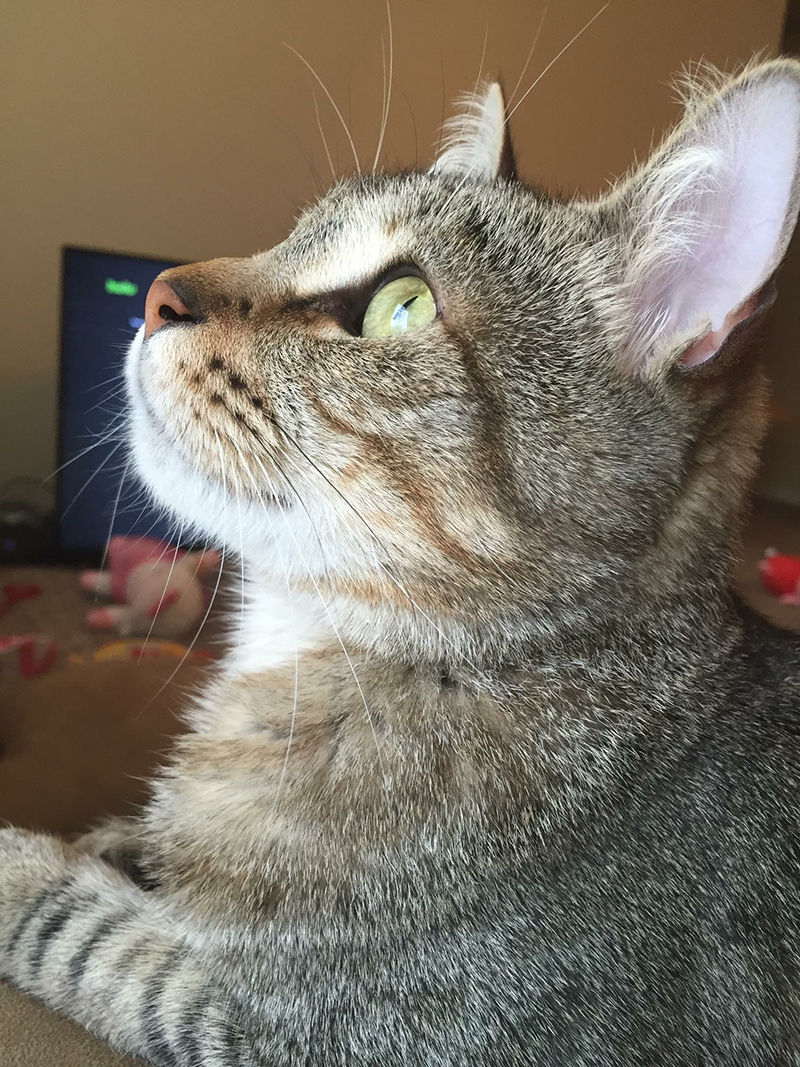 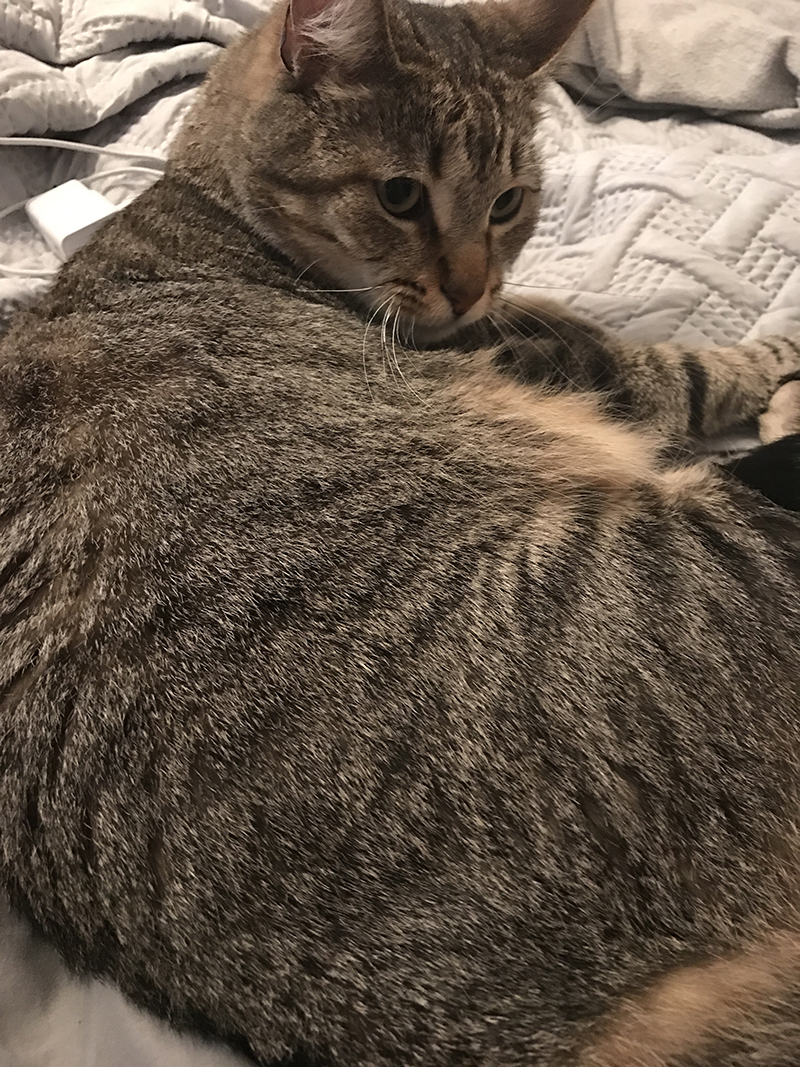 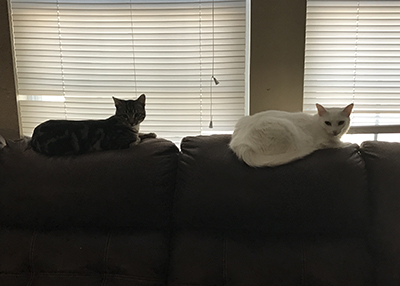