I’ve been meaning to send you a Happy Tail story for Marshall (fka Neo), I’ve finally gotten a minute to write one! - Maritza

We adopted Marshall (fka Neo) from the shelter about 6 months ago, during spring break. My kids and I were volunteering during Camp Pawsome, and Neo was somewhat of a star because he was so big, beautiful and sweet. He had just had one of his front legs amputated about 2 weeks prior, after coming into the shelter with a badly broken leg. He completely won us over with his gentle, loving personality, and by the end of the week we had brought him home!

He is a super friendly boy, as well as innocent and goofy - he brings so much joy to every day! He gets along wonderfully with our other two dogs, especially our greyhound, who loves big dogs like herself. He also got along great with a foster Boston Terrier that was about one-quarter his size! One of his favorite things is meeting new people everywhere he goes, even though a lot of people seem intimidated by him because he looks like a big wolf! He enjoys going for walks with his special shoe to protect his one front paw, and his stroller that he jumps in and out of when he goes from sniffing the grass to wanting a rest.

Marshall came into our lives after we had suffered a difficult loss of another dog, and we couldn’t have dreamt of a more perfect dog to help our family feel complete again. We are so grateful that HHS was there to care for Marshall and heal him in his time of need so that he could make his way to us! 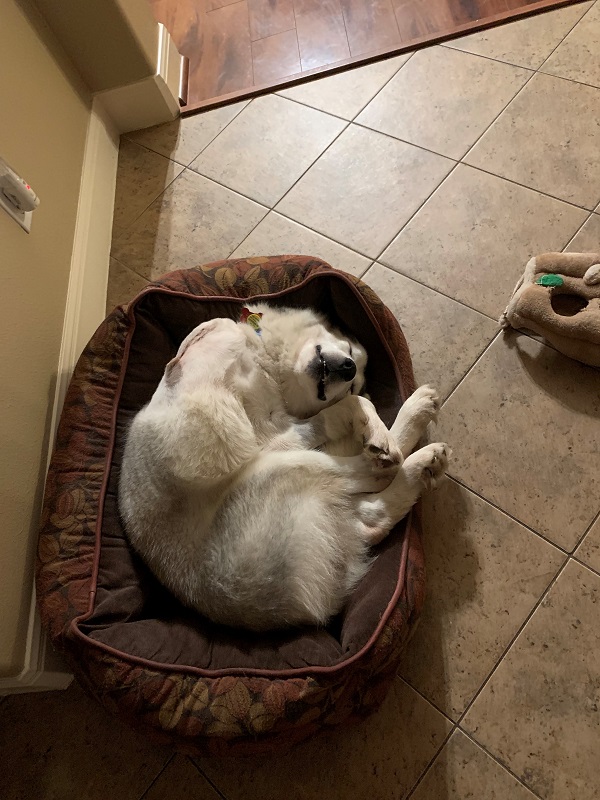 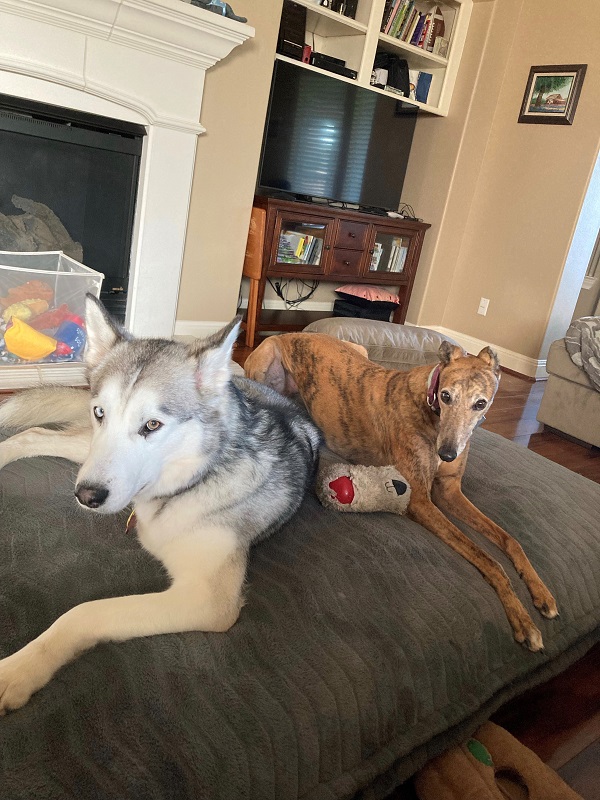 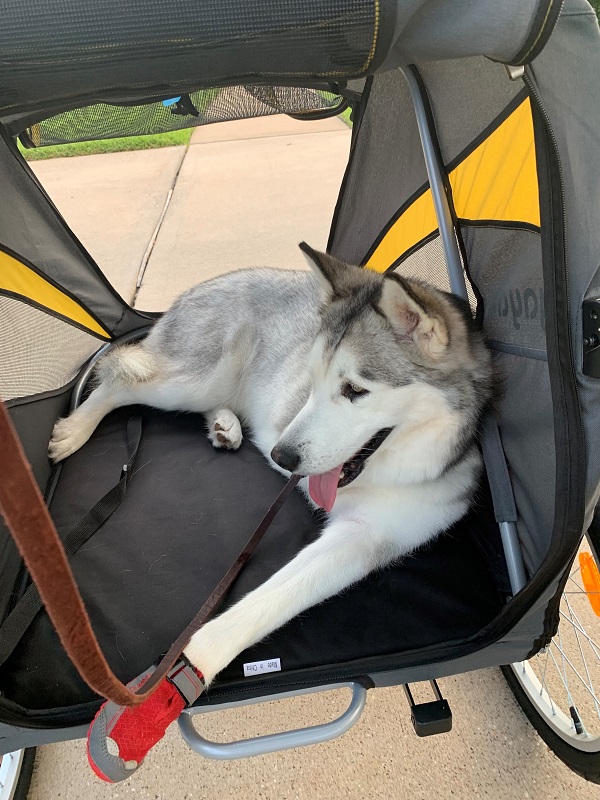