I wanted to send you a note about a furry friend I adopted from you back in August. I had just moved to Houston and was looking for a dog to be my new best friend and to not make my home feel so lonely at the end of the day. When I came by, Romeo stole my heart.

He was a transfer from another shelter and was a VIP because he had been at HH for awhile and I decided I was going to give him a FURever home.

When he first left he was terrified of getting into the car, he thought the television was possessed, and any loud sound sent him running. I don’t know if he ever had a steady home before now but every day I try to work towards letting him know this is the last home he’s ever gonna have.

His has a new name but he’s still my little prince. He is the only dog in the house (for now) and has full run of a luxury apartment. Some days he likes to lay on the patio overlooking the pool while I drink coffee and work, and other days we go wandering local parks or walk the marina. He has a frequent visitor pass at Doggie Day Camp where they give him hugs when he walks in and let him stand up at the counter like he runs the place.

At night after work he likes first making sure I’m settled in bed and then he likes guarding the door. He has his own Alexa to play him music, has a whole box of toys that he likes to drag out one by one, and a collection of bandanas for different adventures. The Starbucks around the corner loves when he comes through the drive through because he KNOWS he gets a puppy treat and will climb in my lap to get it (all 70 pounds of him) and he lives for days at the little dog park by the house.

You might say he’s spoiled but I think he’s making up for lost time. Adopting him is one of the best decisions I’ve ever made. Thank you so much for helping me find my new family member. 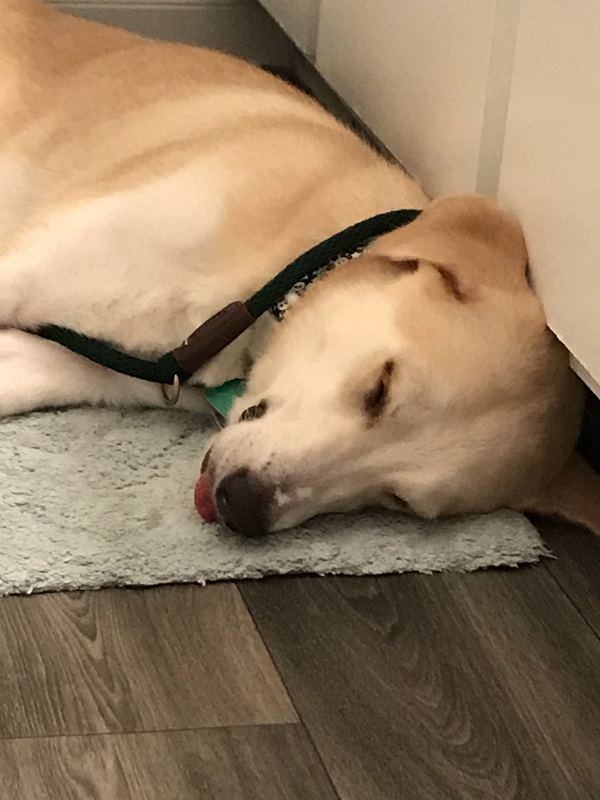 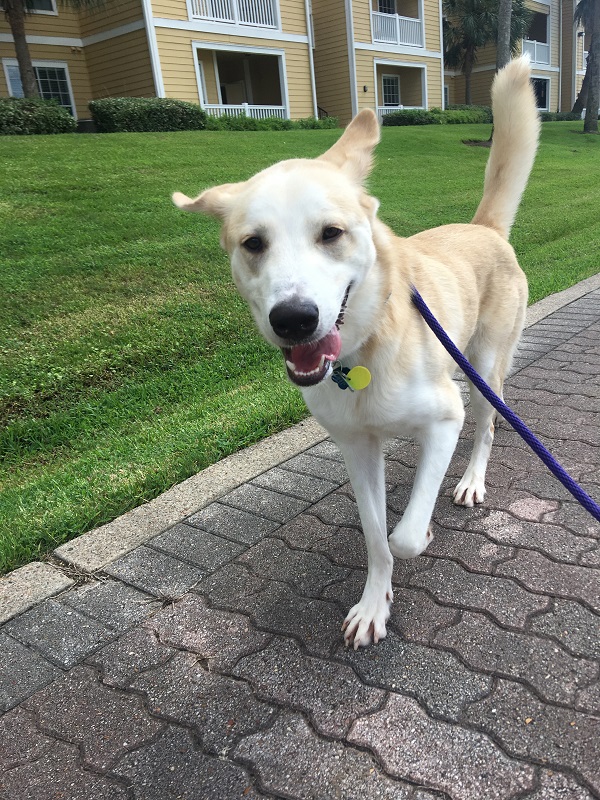 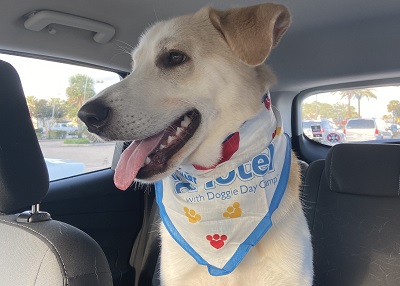