I am writing to tell you about our new, large pup Sammy.

We adopted him from the Houston Humane Society on September 17th - his name then was O.J. but my 7 year old daughter had already chosen his new name; Sammy. He was a hurricane Harvey stray so we had to wait 2 weeks until he was released to us; but we knew the first time we saw him that this happy, laid back puppy was for us!

What a sweet (albeit large) puppy he is. If a dog could smile he would look like Sammy. And what a smart puppy too. It took less than an hour for him to respond to "Sammy"  (especially since it always came with treats). He also quickly learned to sit at treat and mealtime. After only a couple of accidents in the house he rapidly learned to do his business outside too. He rarely jumps up anymore (unless he is super excited) and he never nips!

The first week we had him he followed me (his mom) around like a shadow. We gave up crating him at night straight away; those pitiful cries had us keeping him in the bedroom with us where he quietly settled on the floor to sleep. But now that he has been with us a month he is more confident, his favorite spot is the dip in the sofa and at night he has taken to sleeping outside the children's room! Our vet thinks he is a cross between a Labrador and German Shepherd because of his deep bark, beautiful face and keen intelligence.

His favorite things are attacking the vacuum while I do the vacuuming, chasing squirrels around the back yard and walking with Dad around the neighborhood. He loves being petted, cuddled and scratched by my 3 girls. He always sits close by whichever person is present!

Oh and he has put on 7 lbs since we got him. We weighed him a few days ago at our vet while getting the last of his booster shots!

Thank you for all that you do and for rescuing Sammy for us. He is thoroughly a member of our family and loved by us all!

The first 3 pictures were taken within the first week we got Sammy. The last picture is today; Sammy sits beautifully when you tell him to! 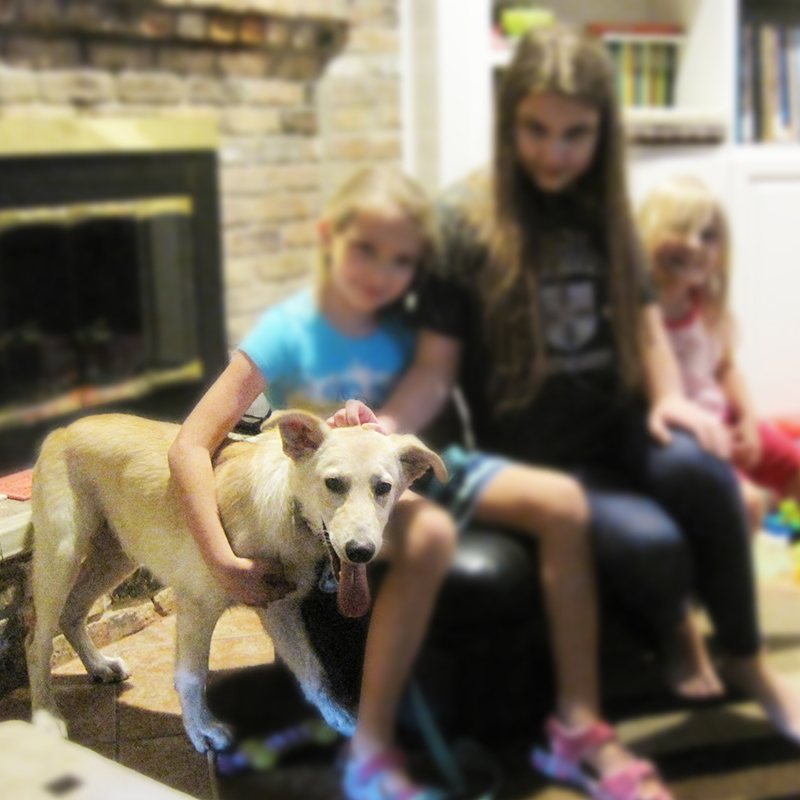 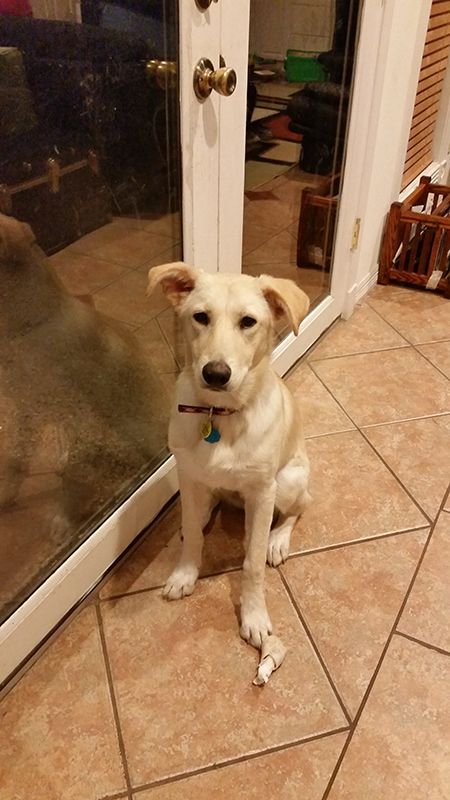 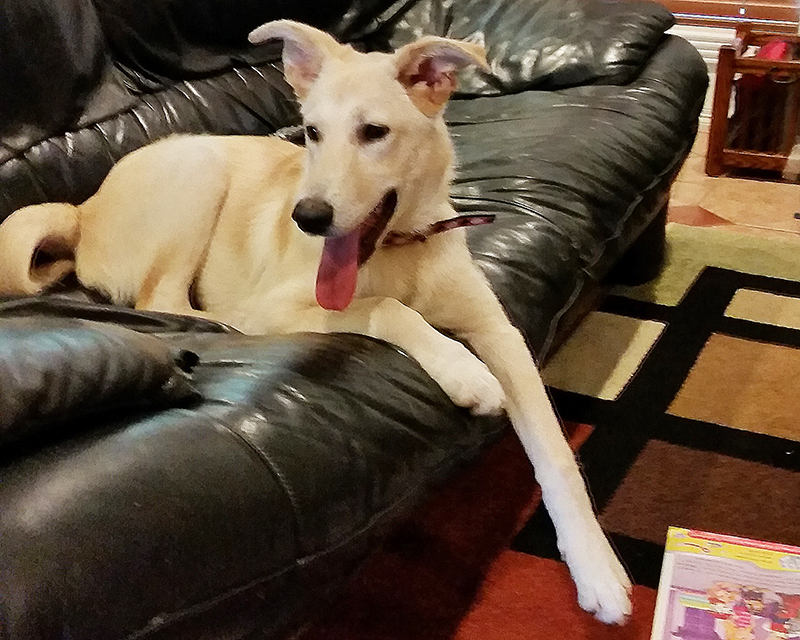 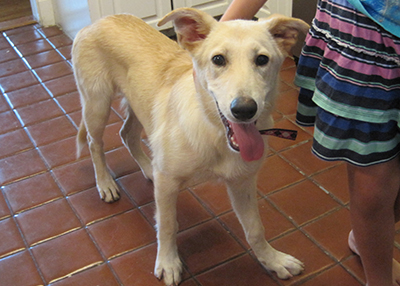