Brooks is a sweet girl who had the MOST fun on her Doggy Day Out. Here is what her pals had to say about her: 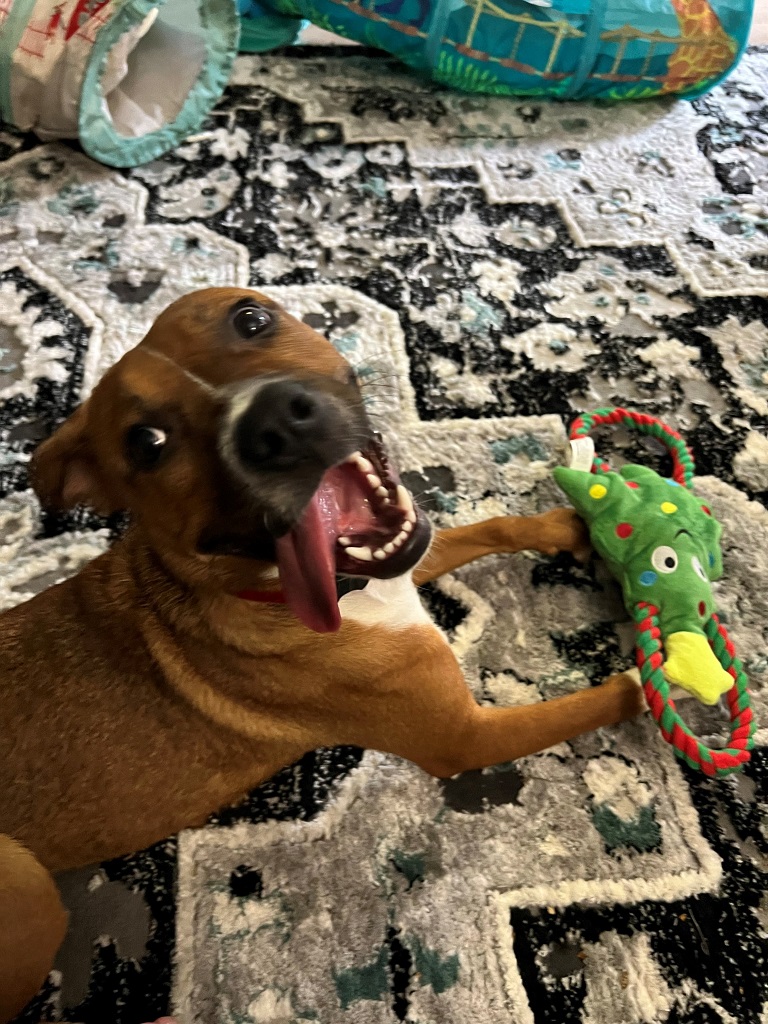 She took a dip in the doggie pool where she was a champion swimmer. We were at the park for three hours before she started to feel tired out. 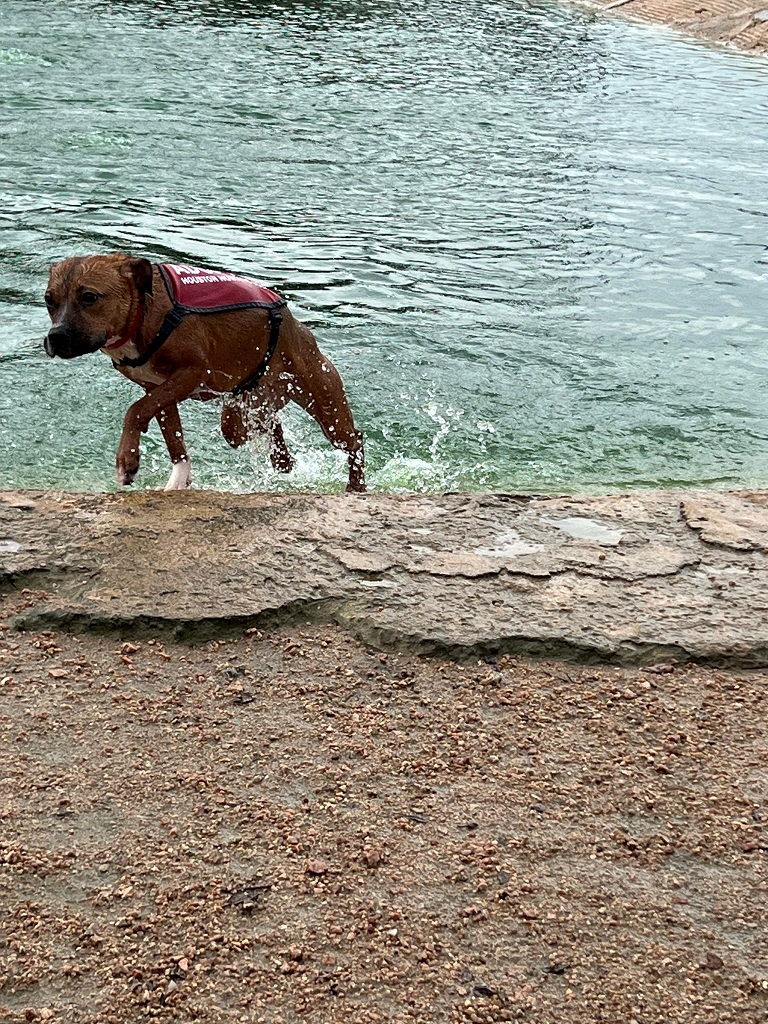 As a reward for her good behavior, we went to Starbucks and bought her a puppaccino. She enjoyed it! We also discovered that she is very treat-motivated. 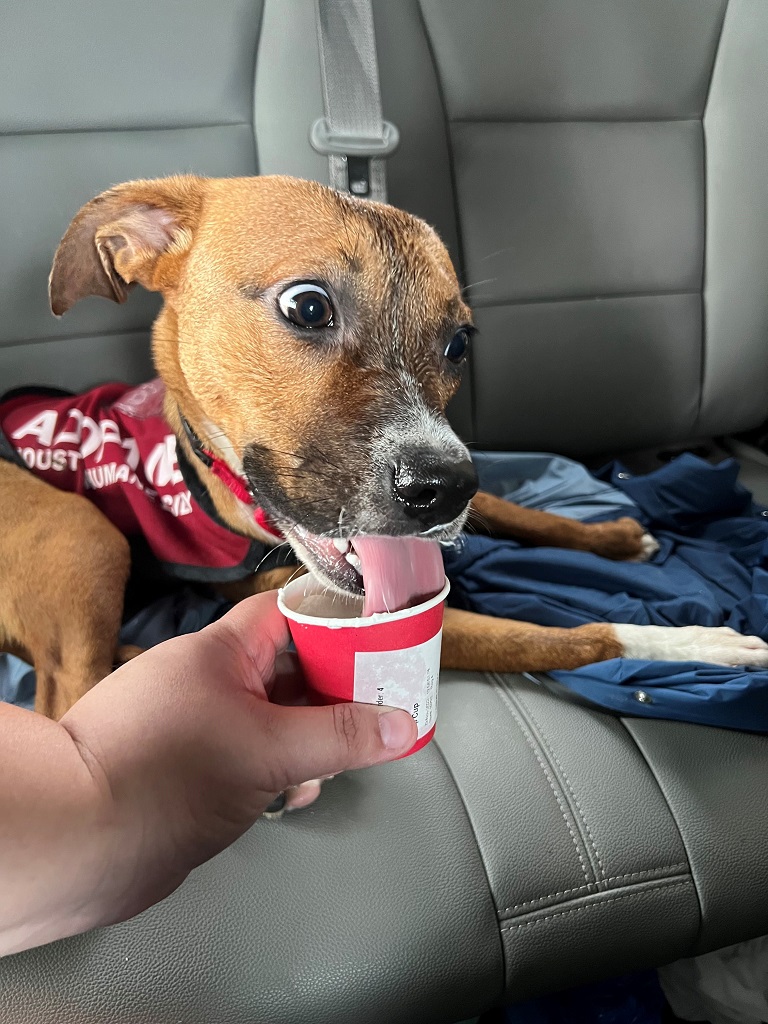 Later we took her out shopping and bought her a couple more toys, only to discover that she is in LOVE with fetch balls! We played lots of fetch outside our home, ate dinner at a dog-friendly restaurant and before we knew it, it was time to head back. 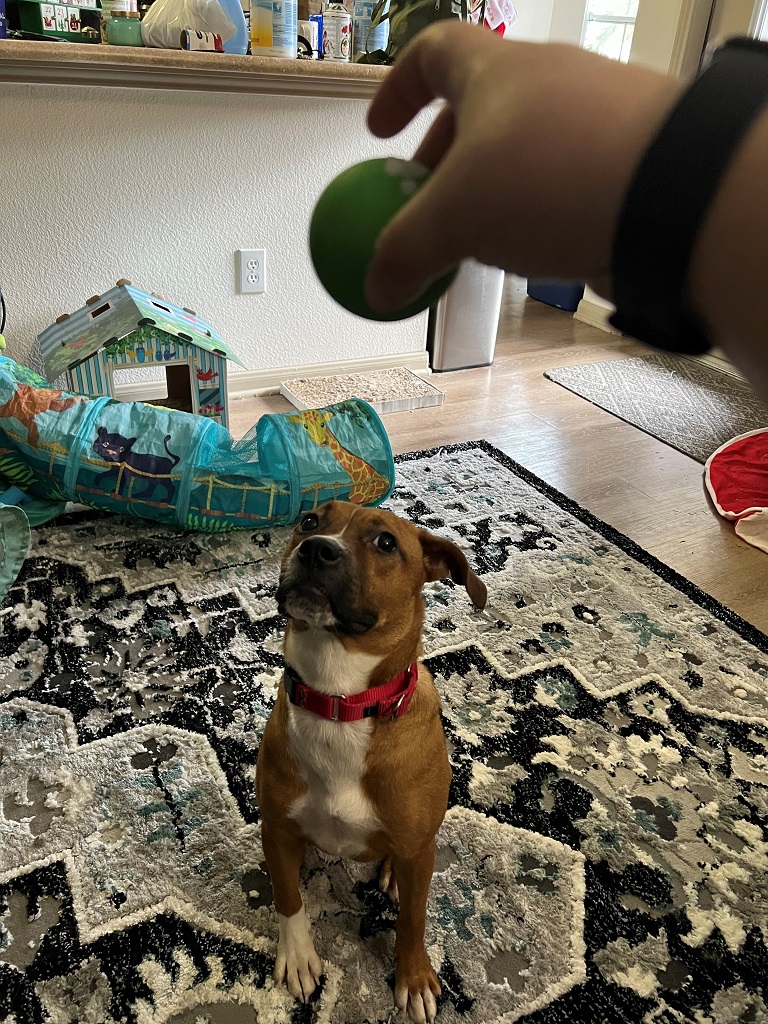 I'm sure Brooks will be adopted sooner than later because of her friendliness and high energy. She also makes a great cuddle buddy! 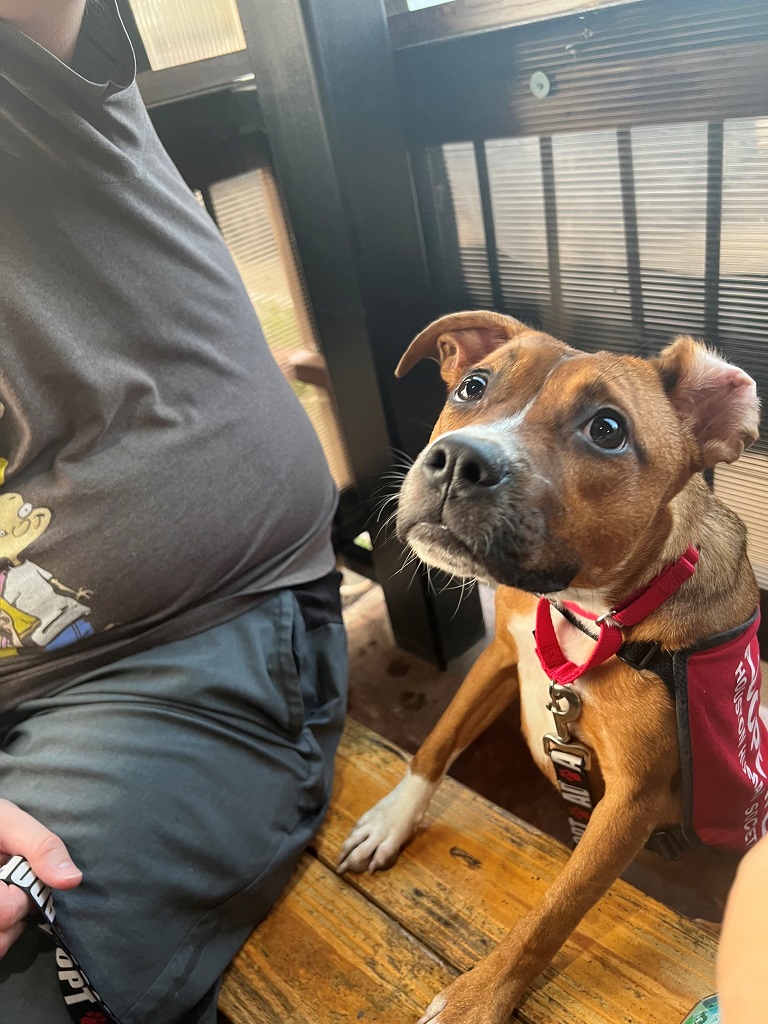 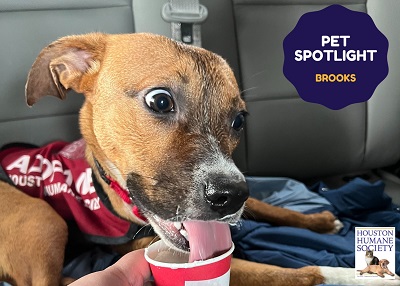